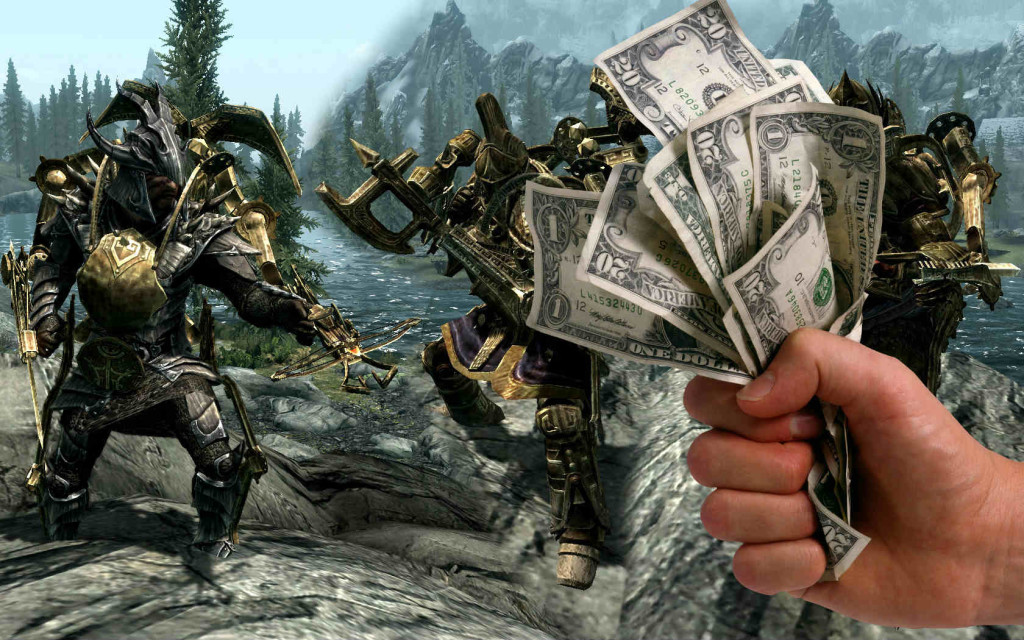 Update: the paid mods functionality has been removed by Valve

There has been a lot of negativity (“I DON’T WANT TO PAY FOR MODS!”) and some positivity (“I may be able to eat this week”) with the announcement from Valve yesterday about opening up the Steam Workshop to paid mods. From where I stand, paid-for mods are a great concept for everyone involved.

End Users will benefit from higher quality mods for their favourite games, there are already such fantastic mods out there (just look at the S.T.A.L.K.E.R mods!), imagine how great those mods would be if the mod developer could focus their full attention on their labour of love without the risk of going bankrupt?

With paid-mods we will start to see a greater variety of mods, not everyone can afford to spend their time creating mods for their favourite game for free, so you can have fantastic mods that never see the light of day purely because the mod developer can’t support it.

Talking of support, the end user will also benefit from better supported mods. How many times have you found a bug in a mod that is never fixed by the developer because they had no incentive to? When content is paid-for, the mod developer will have an incentive to keep their mod bug free.

Mods have always existed for games, they have traditionally been a free addition to the game which keeps people coming to play. This equates to more sales of your game in the long run, just look at how many sales ARMA had once DayZ was released as a mod.

A great mod can keep people coming to your game even after they have completed the original content, games like Skyrim have had their longevity extended significantly purely because of the amount of mods that exist for it. With paid-for mods you will have higher quality mods for your game which in turn can attract more players to buy your original game (even if it’s just to play the mod!).

Creating mods for your favourite game has always been about the passion for the project, being paid to follow your passion isn’t a sellout, its a necessity. I’ve seen too many people running themselves into a financial pit following their dreams because they didn’t feel comfortable with charging others for something they enjoyed making.

With paid-for mods becoming a reality, you can charge for your creations which in turn will allow you to better support them and also allow you to create bigger and better mods from sales of your previous mods. It gives you control over your finances and will allow you to express your creativity without having to worry about if you can afford your next bill (or even food in some cases).

As with any significant change, there will always be resistance to it. There will of course be mods that are blatant cash grabs, there certainly are many games out there that do the same, but that shouldn’t be the nail in the coffin for paid-for mods.

I believe that the onus for ensuring quality of mods ultimately lays on the game developer.

Of course vetting each any every mod will be an administrative nightmare for any developer, big or small. However with every game developer getting a cut of the profit from each sale, it should be on the game developer to say that a mod is of significant quality (and not stolen) for their original game and their community.

That wouldn’t give the game developer the power to block any mod from existing for the game, it would simply give them control on what mod makes money.

How about piracy of mods?

Piracy won’t be stopped, there will always be someone who finds a way to rip content from a paid-for mod and turn it into a free mod. That’s just the nature of our business sadly, however great paid-for mods that are constantly updated to add more content (in turn making older pirated versions redundant) and fix bugs will be more attractive than a pirated version, especially if it is as easy as paying a small fee once and avoid having to search for a torrent.

But mods should be free!

Free mods will still exist, nothing will stop them from existing either. Having Paid-for mods will simply offer mod developers who work hard to create their vision a monetary reward for their work, and why shouldn’t they? They have lives too which require money in order to function.

Modding can exist without Valve, if you want to pay for a mod that someone has spent time and effort in creating you can. If you don’t want to do that, don’t. It’s that simple really, no-one is forcing you to pay for a mod.

Once the dust settles on this change, I hope to see mod developers being paid fairly for their efforts. From what I’ve read initially it seems to be a fairly small percentage of the sale that goes towards the mod developer, I’d like to see the lion’s share going towards them.

I’d love to know your thoughts on paid-for mods, get in touch with me on Twitter 🙂